The company was established in 1904 by Mr. John Phillips, businessman and founder of the tobacco business in Trinidad and Tobago. In 1948, the manufacturing plant was transitioned from Port-of-Spain to Champ Fleurs.

The Company’s mission is to sustain its market leadership position and to be the number one manufacturing centre in the Caribbean.  Locally we distribute through third party distribution to approximately 7000 outlets around Trinidad and Tobago. Our local product portfolio is made up of three main brands, Dunhill, DuMaurier and Broadway in 14 stock keeping units.

Our Statement of Business Principles and our Standards of Business Conduct underpin our commitment to high standards of corporate behaviour. Conducting our business with honesty, integrity and transparency is not only the right thing to do, but is also critical to the continuing development of a business that is responsible, successful and sustainable in the long term. The Standards require all staff to act with high standards of business integrity, to comply with all laws and regulations wherever our companies operate and to ensure that our business standards are never compromised for the sake of results.

Anthony E Phillip joined West Indian Tobacco in 1973 as a Manager in its Production Department and was appointed Production Manager/Director in 1984, after completing a period of secondment to British American Tobacco Kenya Limited. He was appointed Managing Director in 1998 and following his retirement in 2006, became Chairman in 2007. He was also Chairman and Managing Director of British American Tobacco (Malawi) Limited (1994-1998), and currently sits on the Board of Directors of the ANSA McAL Group of Companies, Carib Brewery and Caribbean Development Company Limited. Mr Phillip, who began his career as an Industrial Chemist at Caroni Limited, holds an Executive Masters in Business Administration from The University of the West Indies. 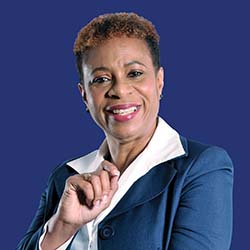 Ingrid L-A Lashley was appointed a Director in August 2008 and the Chairman of the Audit Committee in March 2009. Ms Lashley is currently the Chairman of the Bourse Group and National Enterprises Limited, in which capacity she sits on the Boards of the Investee Companies. She also holds directorships in the Eco-Industrial Development Company of Tobago Limited and the Angostura Group. Ms Lashley serves as a member of the Licensing Committee of the Institute of Chartered Accountants of Trinidad and Tobago. An experienced banker, Ms Lashley is the holder of a Masters in Business Administration in Accounting and Finance from McGill University in Montreal, Canada and also carries the designations of Certified Management Accountant, Certified Public Accountant and Chartered Accountant.

Ranjit R Jeewan was appointed a Director in November 1986 and has been a member of the Board’s Audit Committee since 1990. Mr Jeewan has worked in the tobacco industry since 1968 and headed the Finance function of West Indian Tobacco for 16 years until his retirement in 2002. During this period, he was seconded on overseas assignments within the BAT Group to the United Kingdom and Singapore. Following his retirement, Mr Jeewan held directorships in the Trinidad and Tobago Stock Exchange and the Trinidad and Tobago Central Depository. He also held the Chairmanship in each of these companies. 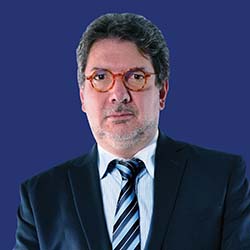 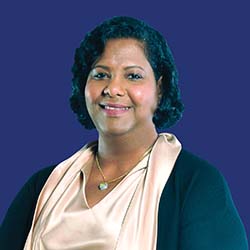 Isha P Reuben-Theodore was appointed a Director in November 2014. Mrs Reuben-Theodore currently heads the Finance function at West Indian Tobacco and has over 16 years of experience in the tobacco industry both locally and within the BAT Group’s interest in the Caribbean. She is also the Chairperson of the Board of Trustees of the Company’s Pension Plan. She is a Fellow of the Association of Chartered Certified Accountants U.K. (FCCA), with over 20 years’ experience in various aspects of finance with emphasis on Financial Management and Financial Reporting, Accounting and Auditing. She holds memberships in the Institute of Chartered Accountants of Trinidad and Tobago and the Caribbean Corporate Governance Institute. 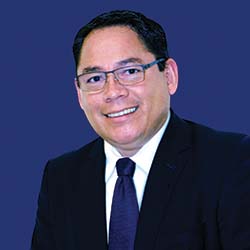 Arturo Rodriguez Lordmendez was appointed a Director in February 2020. He brings with him 25 years of experience within the BAT Group, having managed the Operations function in more than 10 countries spanning the continent of Africa, the Americas as well as the United Kingdom, where he led the unit responsible for the global strategy and development initiatives for the Operations function. He currently heads the Operations function for BAT Group’s interest in the Caribbean, Canada and Northern Latin America. He holds Master’s degrees in Business Administration and Sciences from the Instituto Tecnológico y de Estudios Superiores de Monterrey in Mexico as well as a Bachelor’s degree in Industrial Engineering from the Instituto Tecnológico de Ciudad Victoria in Mexico. 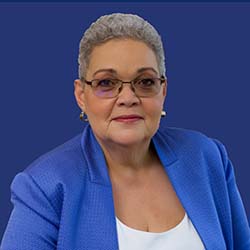 Danielle F Chow offers herself for election as a Director at the March 2020 Annual Shareholders meeting. She is an attorney-at-law, who has operated locally and in the wider Caribbean at a strategic level in the private sector over the last 30 years, largely in multinational environments. Mrs Chow had over 20 years’ experience in the tobacco industry at various management positions in the legal, government affairs, human resource, security and sustainability functions. She is a former Company Secretary and Director of West Indian Tobacco as well as the Chairman of its Pension Plan. Mrs Chow is currently a Commissioner of the Elections and Boundaries Commission of Trinidad and Tobago and a Director and Audit Committee Member of Unilever Caribbean Limited. She holds a Bachelor of Laws from The University of West Indies and a Legal Education Certificate from the Hugh Wooding Law School, and is a member of the Caribbean Corporate Governance Institute.